When I met my husband, he was married with one child – seemingly happy. And I was in a long term relationship.
I met him at work and we were simple colleagues.
On top of being in love already (and I believe you can only love one person at a time), I had a mind conditioning rule – very powerful for me – that is: men who are already in a relationship are asexual. This rule prevented me from having feelings for them.
And same for who is now my husband. To me he was an asexual man when I met him! Funny one to be around. And he was a very thrustworthy man. But I did not even consider him an option for a relationship.

A series of events happened since that moment. Long story short: his wife left him, my long term relationship ended… and we got closer. We had developed a friendly relationship where we could talk about our feelings and how to cope with them, but we were just friends. My rule was very powerful!
To be fair, in that period I thought about the possibility of us being a couple, but: come on! He was married, and has a child! I wanted a husband of my own, not a second hand one. And a child? No no no. Forget it. This kept me going for a while.

Until the day… I could not push back this idea anymore. I was really happy around him, I trusted him fully, and he was exactly the man I would have like to marry. But I was scared of being with him for 2 main reasons: he became my best friend, in a city where I knew not so many people, and I did not want to ruin this. He was the only best friend I had in this new place. Second: come on, I get out of a difficult relationship, and I get into one which is more complicated – with a kid and so on?? No way.

I was the second wife, the second choice wife, the second mother of his kid. I felt there was nothing special in it as he had done it already, and the minimum I can say is that it made me feel insecure. And I can add inadequate, wrong, and I questioned my choices, and for a period all his acts. I needed reassurance in all he did, without knowing how to explain why. Until I realised I was in a competition with the past, a competition that did not exist but that I had created myself. And this was always in my mind.

I thought he could not be as excited as I was, as he had done it already. I thought he knew everything already, while I was learning all the things a new mom learns in the first months – or year – of her journey. I spent hours reading about the right pushchair, the right bed… he – I assumed – had done that already. I gave birth and had to learn how to feed my son, hold my son, help him sleep. He knew that right?

And I remember clearly that moment, when the baby cryed for the first time, those tears in his eyes. I will always thank him for those tears. It was so reassuring to see that emotion running on his cheeks while he holded my hand.

But as the days went by, it was hard not to think that I was missing out on something, that I was the only inadequate parent, and alone as he had done it already. But then I realised he also did not know how to feed him, how to interpret his noises, how to dress him, how to hold him… he probably forgot, but there we started to learn together how to be parents to the fruit of our love.

I learnt that it is hard to be in a blended family. And it gets harder when the situation is not balanced (one was married with kids and the other one did not). But that it is important to be responsible of your own feelings, and take the time to understand what would be help and work it out together. And communicate.

Sometimes I am still hunted by those thoughts, they will probably will never go away. But in the end what counts is that we are happy, and that we keep doing what is needed to love each other!

View all posts by WonderWoMamma 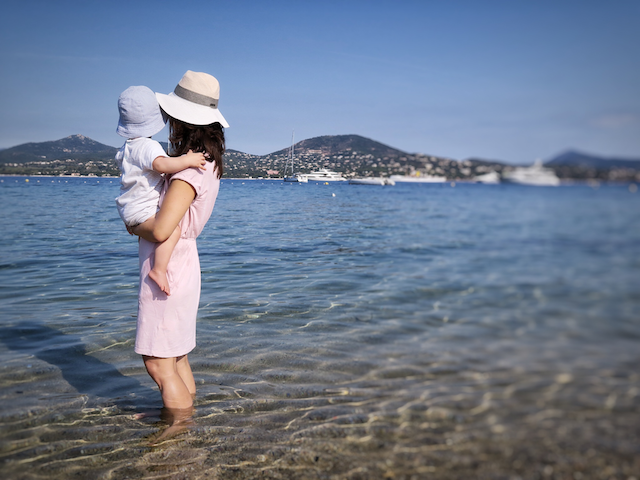 3 ottime ragioni per andare in vacanza in Grecia. Leggi tutto →

how to get ready… Read more →